Orhan Pamuk, Nobel prize winner for the literature, visited today Gallery 11/07/95. Mr. Pamuk was guided through the Gallery by Tarik Samarah, founder of the Gallery and the author of the permanent exhibition Srebrenica. 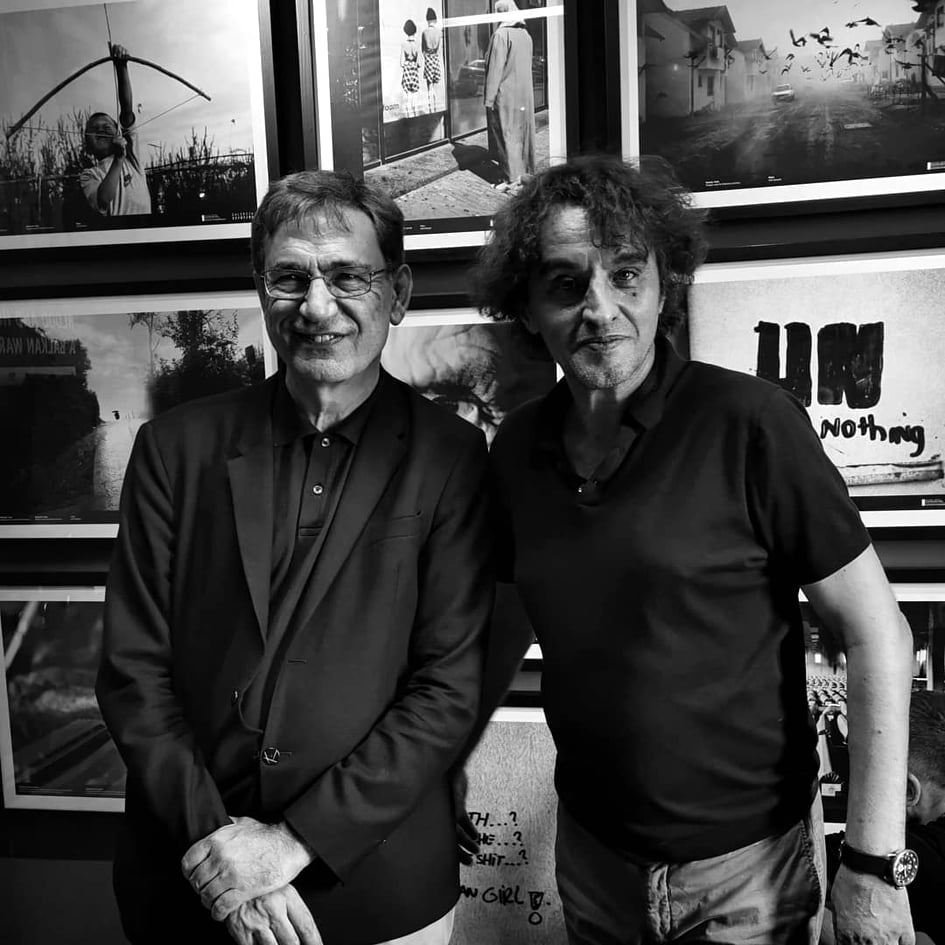 In the interview for the website radiosarajevo.ba, Mr. Pamuk talked about his impressions after visiting Gallery 11/07/95:

“I am genuinely moved. As a writer, I can see the horrific events unfolding in my imagination. But imagination itself is insufficient to observe the sheer scale of those terrible occurrences. Museum such is this one assist us in becoming deeply acquainted with the horror taking place while Europe was remaining silent. As someone originating from Turkey I find myself included in all of that in a way, first as a Muslim on the very same continent, on its border or in the midst of it. Therefore I can easily see that such horrible events can occur in my own country with Europe once again choosing not to react. At times Europe reacts excessively, and sometimes, apparently, the entire world can simply choose the silence. I am very pleased to have seen the museum, museums, in general, are not something meant to make us happy, but rather to teach us about the mankind of which we are the part.”