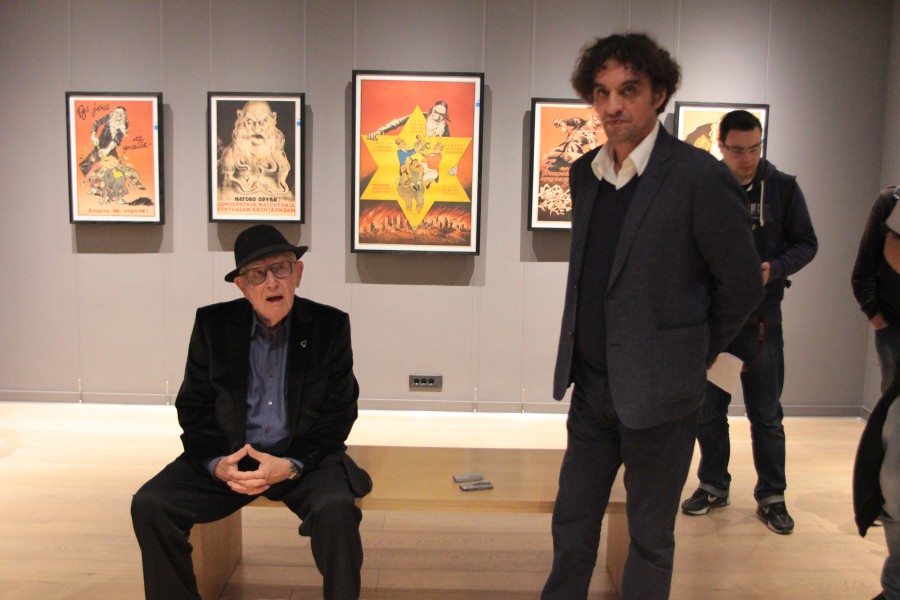 Branko Lustig, film producer and actor who survived the Nazi concentration camps during the World War II, opened the exhibition ”Anti-Masonic Posters” in the Gallery 11/07/95. The exhibition ”Anti-Masonic Posters”, a collection of original Nazi german propaganda posters, designed in 1941. for Serbia, was opened tonight in the Gallery 11/07/95. The Great Anti-Masonic Exhibition in Belgrade, was ordered by Nazi Germany prior to the World War II, with the aim of deepening stereotypes about the Jews, and the exhibition was supported by pro-Nazi oriented government led by Milan Nedic in Serbia.

The owner of the ”Anti-Masonic Posters” collection is the world-renowned designer Mirko Ilic, who supported the exhibition, and designed the poster for the opening in Sarajevo. During the opening of the exhibition Branko Lustig emphasized that these posters were predictors of what came later. He pointed out how similar signs of hatred can be seen today in Europe. ”Beware, signs of Neo-Fascism appear across Europe, in Hungary, Slovakia, Czech Republic and even in our country Croatia”, pointed out Lustig.

Besides him, attendees were addressed by Slobodan Blagojevic, poet, essayist and anthologist from Sarajevo. Blagojevic emphasized how this exhibition clarifies the nature of Nazi propaganda, the nature of psyche that could perform a terrible crime.

”It is obvious that the history is repeating and because of that the existence of these kind of presentations and existence of this museum dedicated to the memory of Srebrenica is important”, he said. 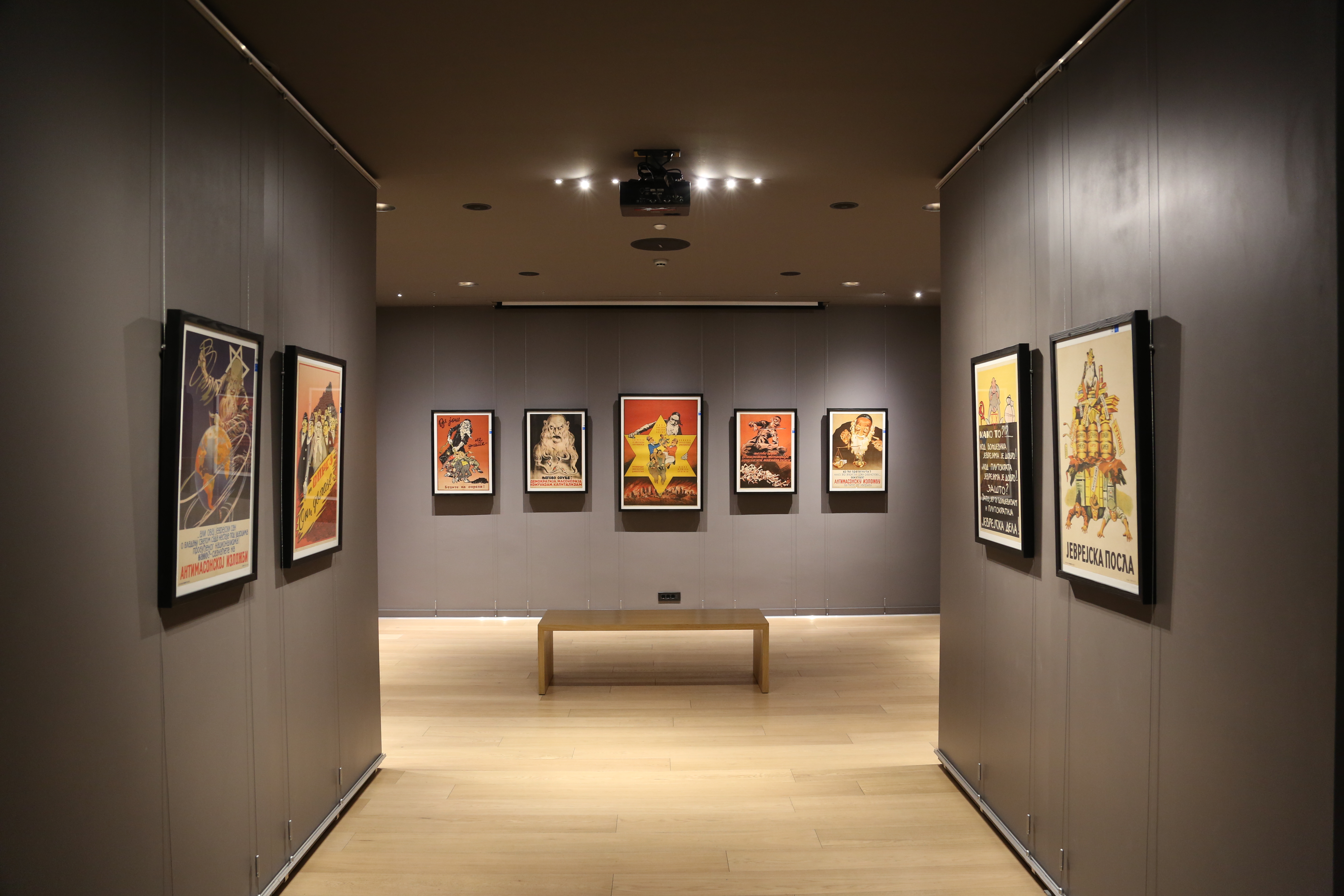