In the early nineties, American photographer Ron Haviv arrived to Yugoslavia in order to follow the present political situation. As he said himself, everything he knew about Yugoslavia before, was that the country hosted the Olympic Games in 1984 and that the Austrian Archduke was assassinated here. However, he decided to come to Yugoslavia the day after Slovenia declared its independence. He probably didn’t imagine that he’s going to stay in this region until the final disintegration of Yugoslavia and with his camera he will capture some of the horrifying events in this region in the nineties.

In 1995. Ron Haviv found himself in Tuzla, while thousands bewildered, tormented refugees from Srebrenica arriving in buses.  At that time, he took a photo of a woman from Srebrenica in despair, spreading her arms towards the sky, asking for help. Nedžiba Salihović, arrived in Tuzla, not knowing what happened to her family. Years after, she will find out, that her then 23 year old son was killed trying to escape through the woods. His body was found in nine different secondary mass graves. Apart from her son, she lost a husband and a brother, and many other close and extended family members. 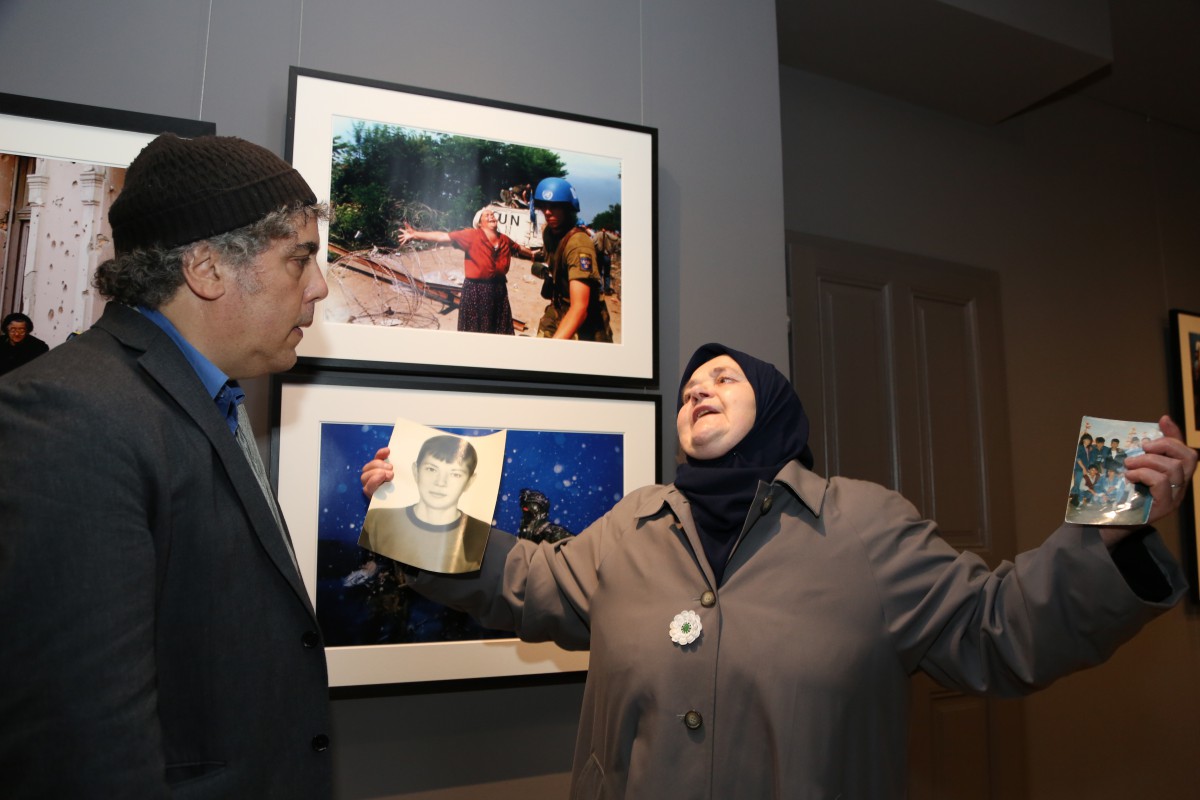 Twenty years after this photograph was taken, Ron Haviv and Nedžiba Salihović have met each other in the Gallery 11/07/95. Their emotional encounter brought back memories of the July ‘95. Nedžiba remembered Haviv and the moment he took the photo. She said she believed that her son, husband and brother are alive. She spread her arms, asking questions of the UN soldiers, however, there was no answer. Today, she is living a humble life in Sarajevo, in neighborhood Vogošća, and occasionally she visits Srebrenica. She says that in the end everything that belongs to her is there. There is a place in Potočari where she can recite Fatiha and be with her loved ones. Although he couldn’t help Nedžiba in 1995., his photographs  went around the world, and some of the photographs were used as the evidence in cases of war crimes in International Criminal Tribunal for Yugoslavia in Hague, thereby they became worthy and unimpeachable evidence and testimony of crimes that happened in the nineties in the republics of former Yugoslavia.