In addition to the opening of the Memorial Center in Potočari, 17 years ago, Memorial room was presented and Tarik Samarah’s photos were exhibited for the first time. The exhibition was donated as the first work of art to the future museum by Swanee Hunt, former Ambassador of the United States of America to Austria and a staunch friend of Bosnia and Herzegovina.

Through her involvement in the war, but also after the war, Ambassador Hunt played an extremely important role in affirming the truth about the suffering in Bosnia and Herzegovina. Her work was especially focused on helping women – victims of the war. At the initiative of Ambassador Swanee Hunt and Tatjana Ljujić Mijatović, then Ambassador of Bosnia and Herzegovina to the UN and other international organizations in Vienna, in 1996 the international campaign “Women of the world for the women of Srebrenica” was launched, which resulted in the first commemoration of Srebrenica, held in the cultural and sport center Mejdan in Tuzla on 11 July 1996. About 6,000 exiled women from Srebrenica, Bratunac, and surrounding areas were present at the commemoration. This is the first time that the issue of killed Srebrenica residents and their refugee families who search for their missing members and want to know the real truth about them has been raised. Beginning in 1996, Srebrenica women continue to gather every July 11th in Tuzla, Sarajevo and other cities, carrying pillows embroidered with the names of murdered and missing members of their families.

On the occasion of the renovation of the Memorial room and exhibition, Ambassador Hunt wrote the following:

I feel honored to see my name on a wall that memorializes so many heroes whose courage had changed my life. Over the last 17 years, more than one million people have visited the Center to view the art displayed in the Memorial Room. I know more will continue to visit and reflect on the atrocities that took place

The genocide was a horror, as Serbian forces slaughtered thousands of unarmed Muslim men and boys. But against that darkest backdrop, those left behind rose up.
For the last quarter century, women of Srebrenica have found strength in their calls for justice and their work for reconciliation. Many have defied trauma and moved back to their homes. Despite memories of unspeakable torture, they have breathed life into a place of death. Even as they’ve reclaimed farmland where their husbands and sons lay in mass graves, the survivors have built organizations bridging war-time divides. In those acts of faith, they have catalyzed a global movement to change the ways we halt and heal the wounds of war. Today is one more reminder that we who honor the murdered of Srebrenica must also insist on the fullness of life in every relationship, whether personal, communal, or political. Only then will we discover among the graves a path of stubborn resilience, leading us into a future of peace.”

Photographs on the walls of the room testify to the genocide, the consequences of the genocide and the trauma of the disappearance, search, identification and burial of the killed Srebrenica citizens.

In September 2003, former US president Bill Clinton officially opened the memorial Center in Potočari, in front of about 30 000 people, and the ceremony was attended not only by the families and friends of those killed but also by many domestic and international officials. At that time, the mothers from Srebrenica talked to former US president Clinton in the Memorial room and called for searching for the missing, punishing the criminals and achieving justice. 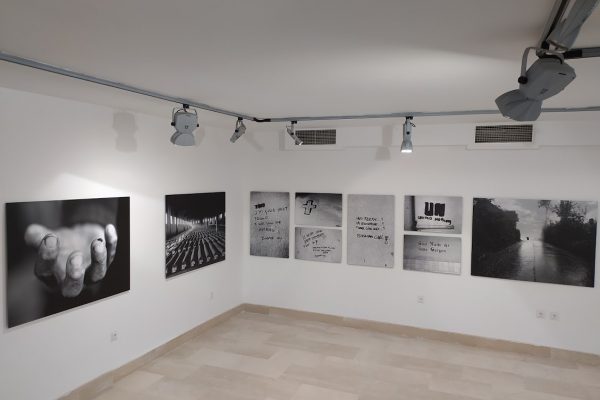