As part of her official visit to Bosnia and Herzegovina, the German Minister for Foreign Affairs, Annalena Baerbock, visited Gallery 11/07/95 today. Tarik Samarah, the Gallery’s director and curator of the exhibition on the Srebrenica genocide, guided the delegation through the gallery’s permanent exhibition.
Samarah spoke about the stories behind his photographs and the consequences of genocide. He emphasized that “culture often has a deeper insight into the past than history or politics, and has the power to interpret traumatic events from the past differently, thus offering a deeper understanding of the present and the future.”
In addition to touring the permanent exhibition, Minister Baerbock spoke at the gallery with representatives from the Mothers from Srebrenica and other members of civil society. Attendees included Munira Subašić, representative of the Association of the Mothers of the Srebrenica and Žepa enclave, Fadila Efendić, representative of the Association “Mothers of Srebrenica” from Srebrenica, Ajna Jušić, from the Association “Forgotten Children of War,” and Štefica Galić of portal tačno.net.
The Mothers of Srebrenica spoke to Minister Annalena Baerbock about their personal experiences during the genocide, their fight for truth and justice, and their work to build a better future for Bosnia and Herzegovina. Ajna Jušić told her personal story about life as a child born from wartime rape. Jušić said that even today, “no state recognizes the rights of children born form the act of rape.” However, she continues to fight for legal and social recognition of the victims fo wartime rape and the children borne from it. 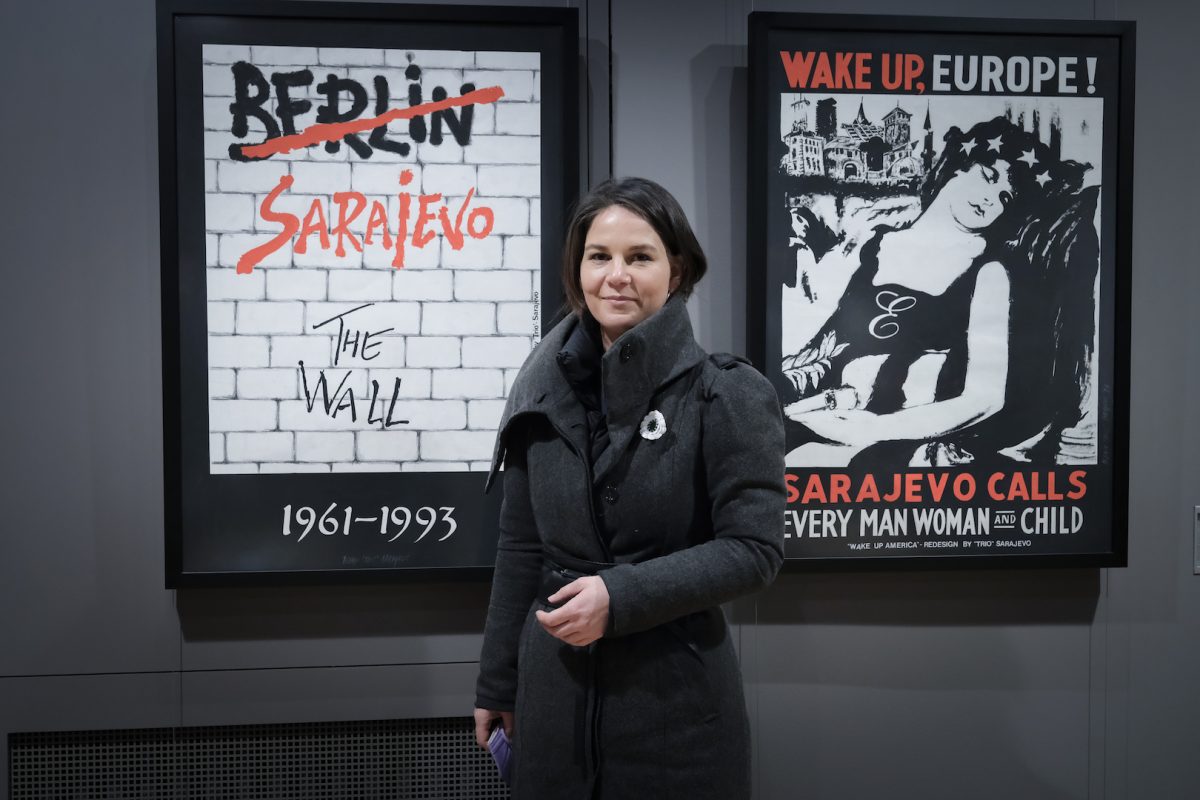 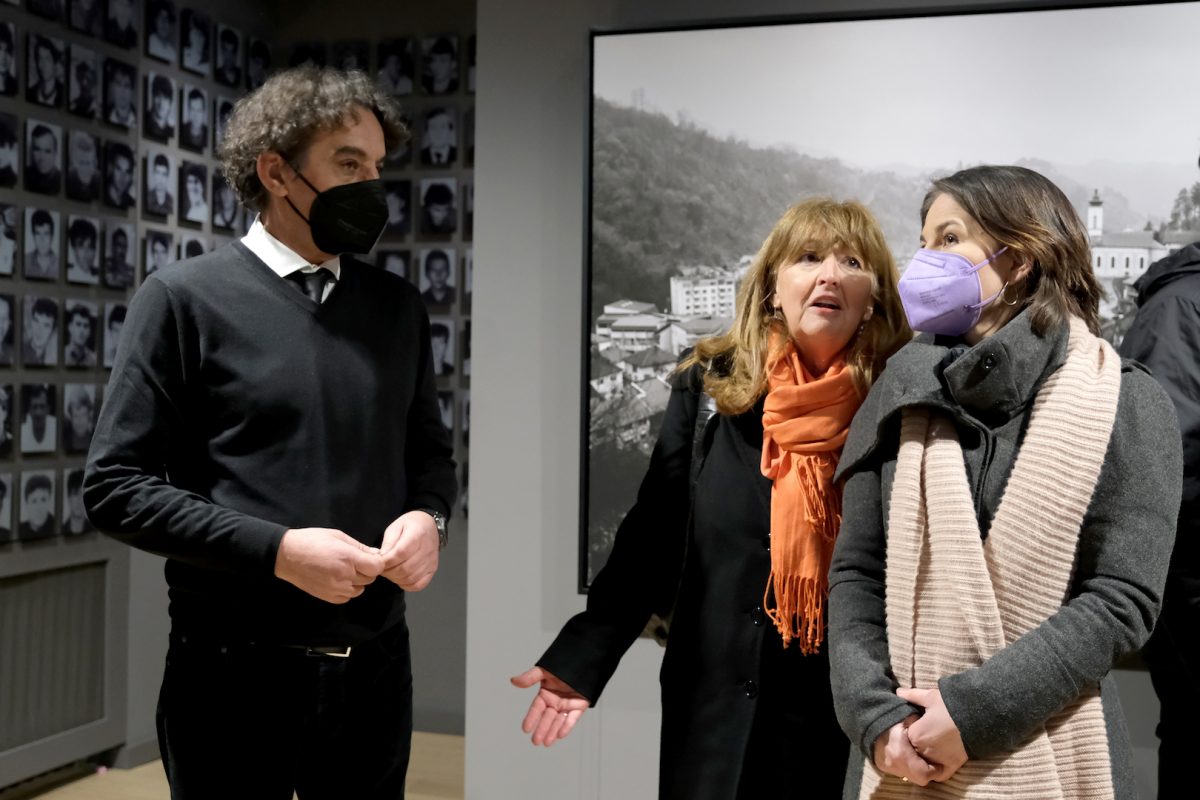 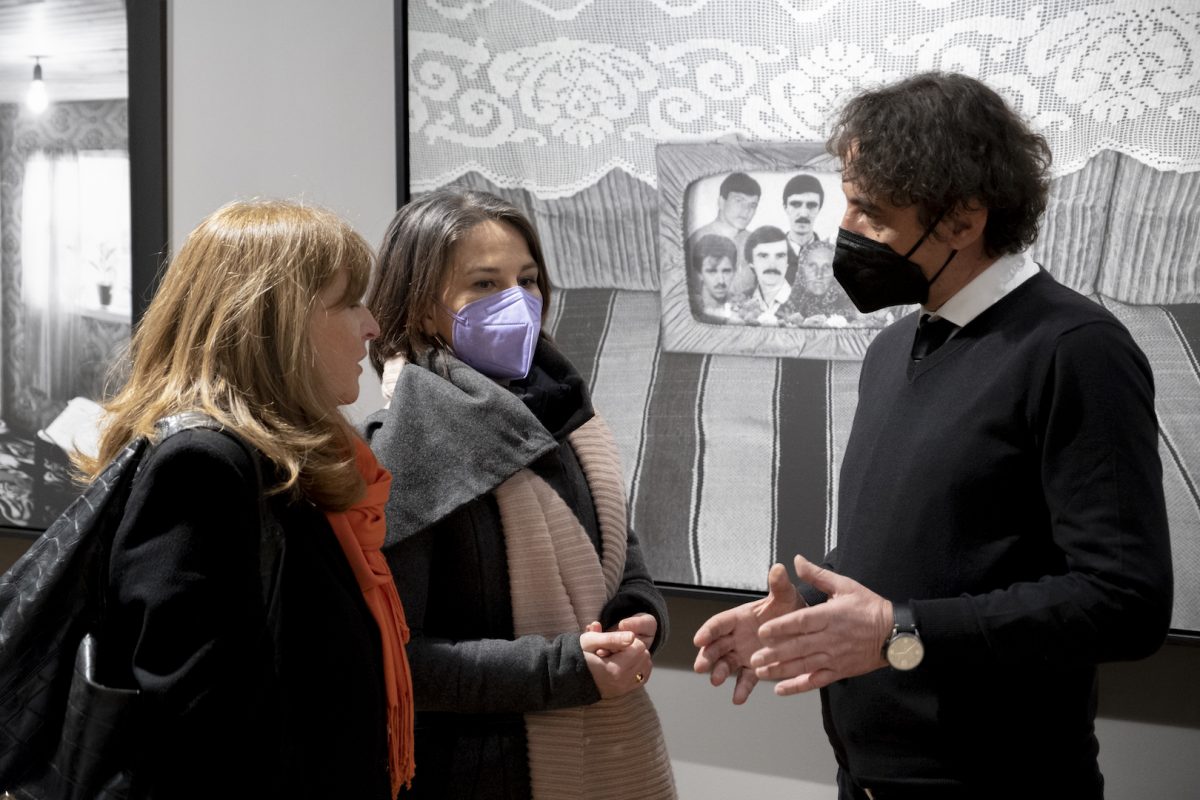 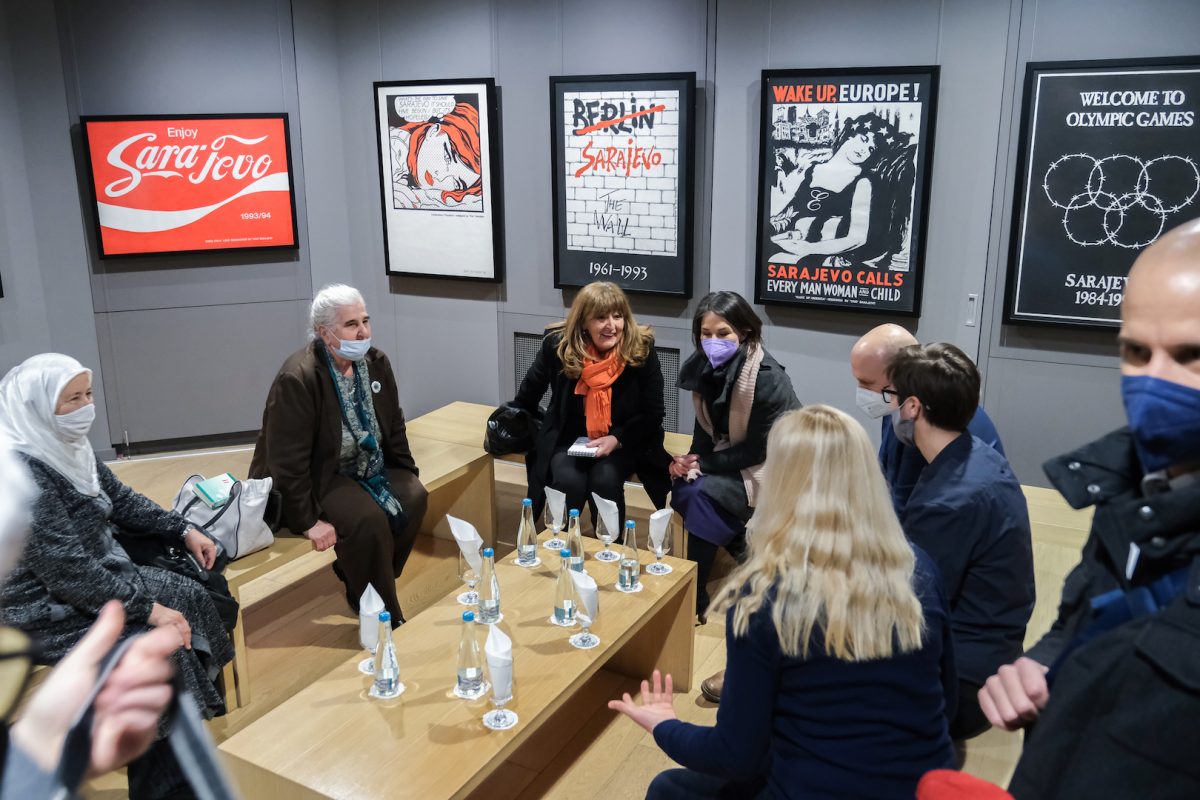 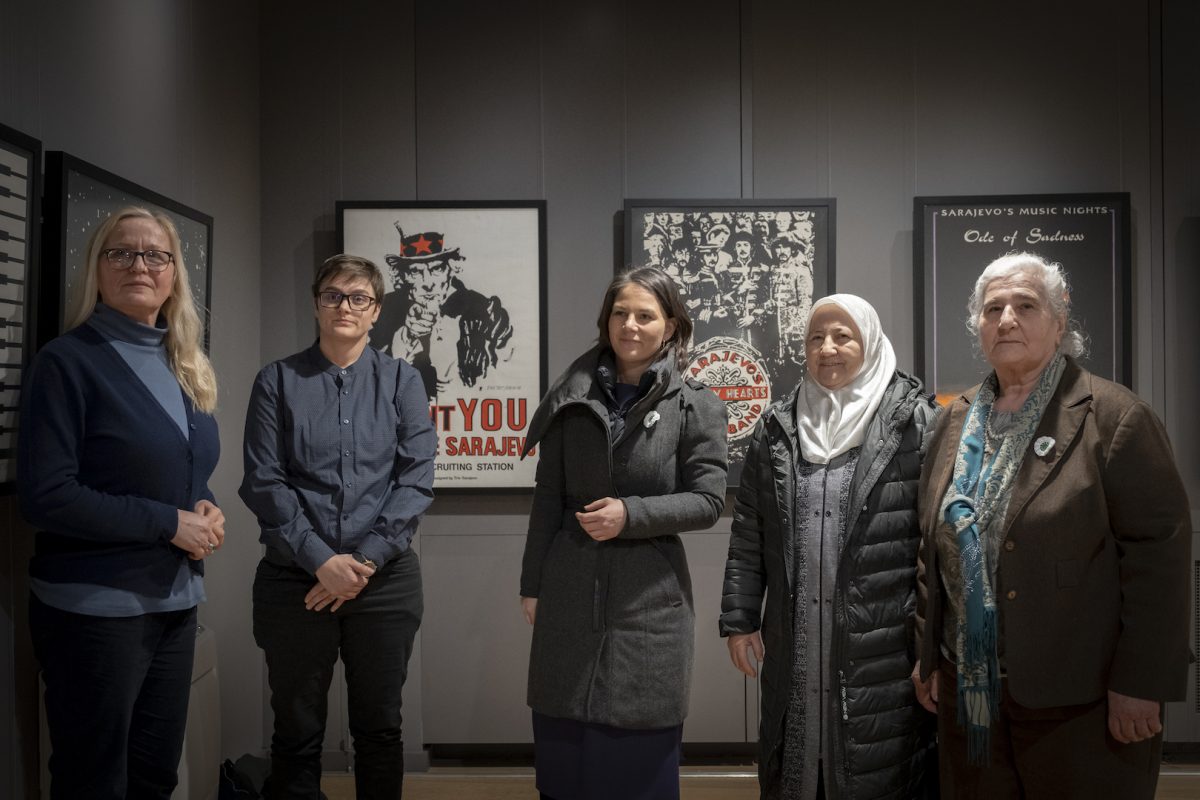 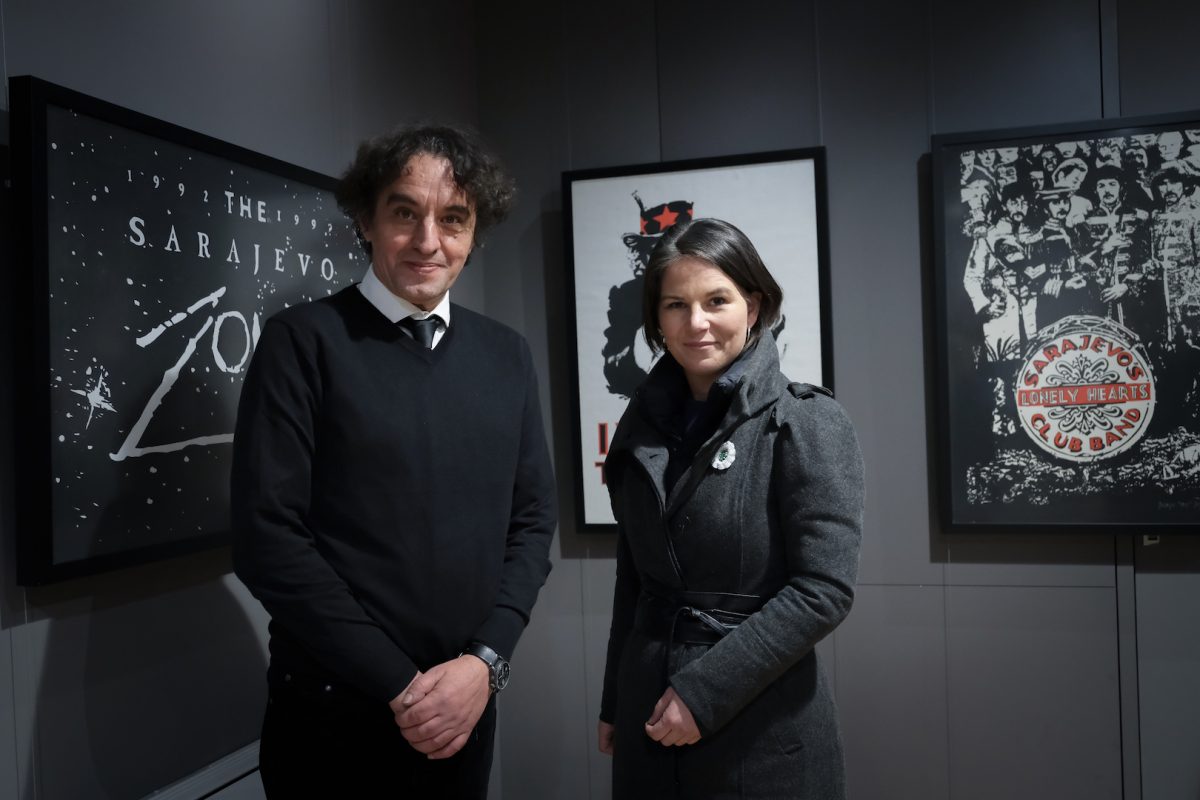