The exhibition “Anti-Masonic Posters” will open on October 24, 2013. The exhibition includes 17 original German Nazi propaganda posters designed for Serbia during the World War II, owned by the world-renowned designer Mirko Ilić. The exhibition is part of the Festival of Tolerance in Sarajevo, and the organizers of the exhibition are the Zagreb Jewish Film Festival, Gallery 11/07/95 and SOS Design Festival.

The exhibition consists of posters that were part of the “Great Anti-Masonic Exhibition” – which was synonymous with anti-Semitism – which opened in October 1941 in Belgrade, after the Nazi occupation and during the collaborationist regime of Milan Nedić, and it remained open January 1942. The exhibition was funded by Nazi Germany, and the aim was to deepen the hatred against the Jews and to create the image of Jews – the Enemy. 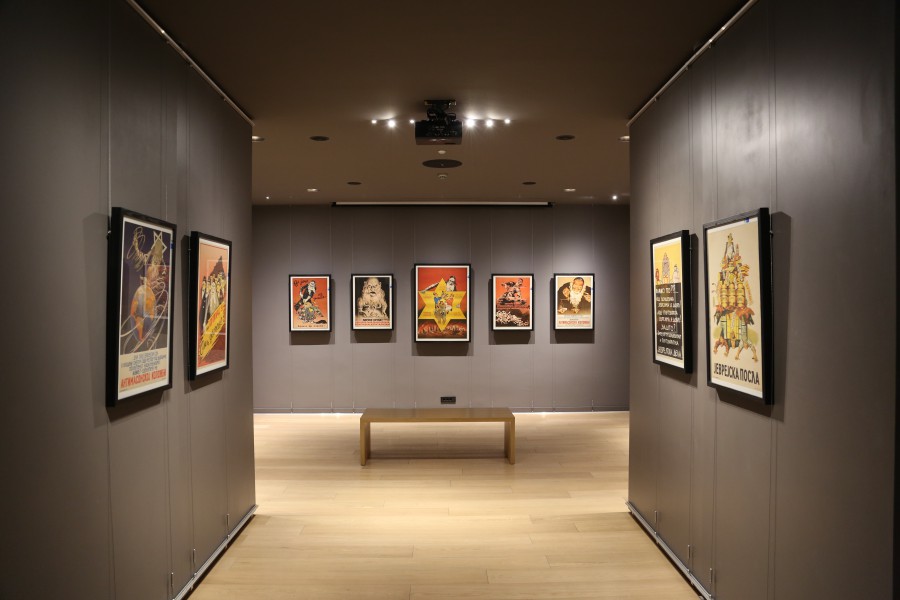 One of the most significant reviews of the exhibition was given by Steven Heller, the most prominent American graphic designer, theorist and critic.  According to him, the central theme of the exhibition was based on the traditional blood libel, an alleged Jewish – and, in this case, Jewish-Communist-Masonic plot for world domination. In addition to the exhibition, a huge amount of propaganda materials was created: over 200,000 different brochures, 60,000 posters, 100,000 flyers, 108,000 samples of nine different types of illustrated envelopes, 176 movie clips, four postage stamps, and more. The big lie was more believable when it was everywhere and on everything.

The exhibition was organized thanks to the support of Mirko Ilić, who designed the poster for the exhibition, and the American non-profit organization AIC Foundation Inc.

The exhibition will be available from October 24 until November 4 2013.