Gallery 11/07/95 had an opportunity to present its work at the EMA (European Museum Academy) 2017 conference among respected members of the Academy, as well as representatives of other museum institutions. Gallery 11/07/95 received a candidate status for one of the Academy Awards and has also achieved important contacts among other museums. The conference was held from 29 to 30 September in Skopje, Macedonia. Participants of the EMA conference were renowned European museums such as European Solidarity Center (Gdansk, Poland), Riga Motor Museum (Latvia), Archeological Museum (Greece), GPO Witness History Museum (Dublin, Ireland) and many others.
Two main awards were taken by GPO Witness History Centre from Dublin and DESIGNMUSEUM from Copenhagen.

Besides being a part of this year’s EMA conference and having an opportunity to present its work, Gallery 11/07/95 was presented with a chance to become one of the partner institution of European Museum Academy. Concluding a partnership relationship with EMA represents an important direction towards Gallery 11/07/95 recognition in the museum European scene.
European Museum Academy is a foundation established with a goal to promote research in the field of museology and museography, constructive criticism and discussions about innovative museum accomplishments.
Through its activities, lectures, courses and awards this community is trying to connect museum workers and experts by exchanging ideas and museum concepts.

Representatives of Gallery 11/07/95 at the conference in Skopje were Tarik Samarah, founder and director, and Anela Hakalovic program coordinator. In their presentation they emphasized the distinctiveness of this institution, which through a hybrid concept of museum and gallery space, deals with history in its unfinished form. Although the focus is on the preservation of memory of genocide victims, Gallery 11/07/95 tries to offer, through combination of artistic and documentary approach, an alternative to the historical/political narratives which are placing the crime and perpetrators at the center, while the victims are being reduced to statistics and numbers.
Placing the individual experience and the sufferings of the victims at the place of understanding and meeting – Gallery 11/07/95 besides the program and theme about Srebrenica atrocities, and also the war in BiH, presents and promotes themes associated with war and war crimes in other places and other times, where the status of victims and their experience is always in the foreground.

Tarik Samarah shared his thoughts and impressions about the participation in the conference and conclusion of partnership relations with EMA:” It’s a sign that the Gallery 11/07/95 is on the right path – which is creation and establishment of representative institution with a goal to give honor to victims of war in Bosnia and Herzegovina, to be a powerful voice against wars happening today, but at the same time to lead and follow contemporary museum ideas through a form and concept ”

Being a part of the prestigious EMA 2017 Conference presents one more step towards realization of the establishment of contemporary museum institution. As a reminder Gallery 11/07/95 was also a finalist in the Museum in Short 2017 competition, as well as in the last years finals of EMYA Awards 2016. 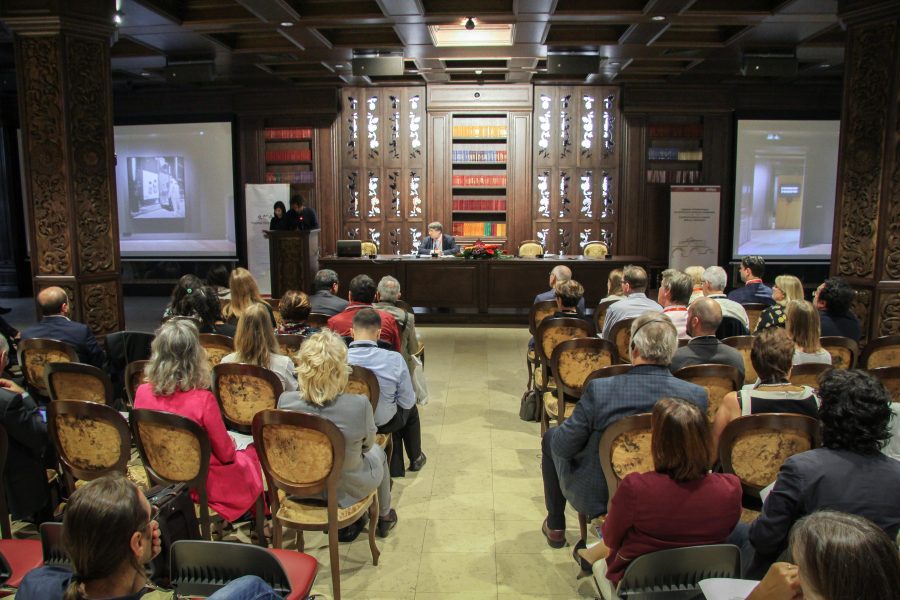